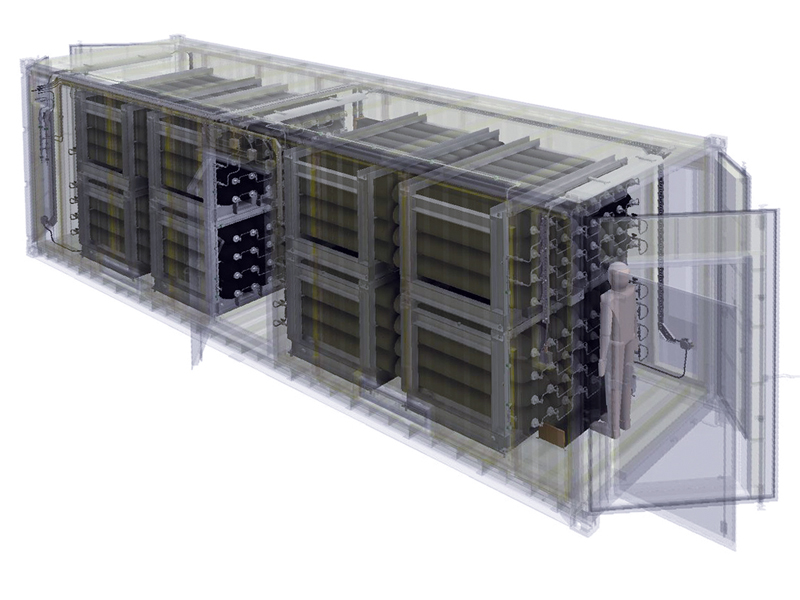 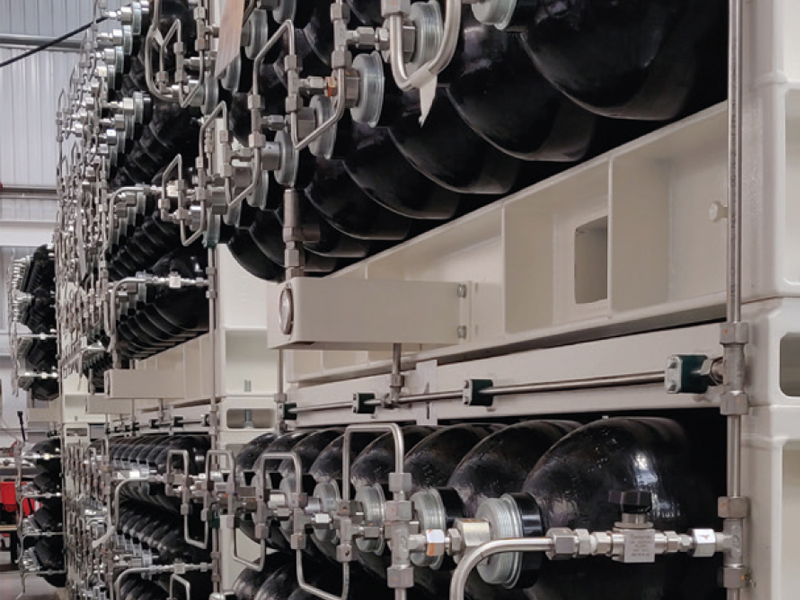 At the end of 2020, BAUER KOMPRESSOREN UK will hand over one of the largest system projects ever to be commissioned and developed in the entire history of the company.

The turnkey project is located in Kazakhstan. A rapid filling system for breathing air was commissioned by BAUER ITALY and developed in close collaboration with the company with the assistance of BAUER FRANCE. The system will be installed at an oil and gas extraction plant in the norther Caspian Sea, an area with large reserves of “sour crude oil”. This substance takes its name from its high sulphur content of over 0.5 per cent. While the majority of this sulphur is bonded to the carbon atoms in the oil, a small percentage occurs in the form of toxic and volatile hydrogen sulphide, which may escape into the atmosphere during extraction.

Construction of H2S protection systems as custom system packages to prevent injury to oil rig workers from this hazardous gas comprises a key market for the plant in Haydock, England. Offering core expertise in the area, BAUER UK won the order to develop a system concept for rapid filling of 400 breathing air cylinders, which will enable rig workers to restore production levels within one hour of an H2S gas blowout. The vast quantities of breathing air required will be produced by three Duo systems, each with two powerful compressor blocks.

An appropriate storage solution also had to be designed to ensure rapid availability in an emergency. This took the form of a breathtaking 768 storage cylinders, each holding 80 litres and set up in twelve storage banks of 64 cylinders each. One of the systems will operate as an outdoor container system, while the other two will be installed as modules within the building. In-depth safety checks naturally play a crucial role. Each individual cylinder first undergoes an initial pressure test to 340 bar, followed by a test at 390 bar. Testing concludes with a flow test to determine the optimum filling rate for the MSA composite cylinders. Given the scale and technical complexity of the project, BAUER UK is delivering truly pioneering work! The project is an outstanding example of cross-border and cross-company collaboration over advanced large-scale projects, which is the cornerstone of the BAUER GROUP’s international success.